Euan Uglow
Posted by adm1n on September 14, 2017 in Biography 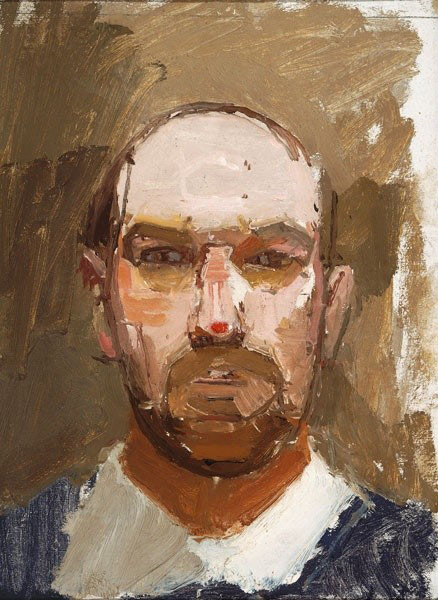 From school I went to study Fine Art at Manchester Polytechnic. At that time there was an emphasis on abstract and expressive gestural painting generally within U.K. Art Schools. However there was a group of about ten of us who wanted to pursue representational and figurative painting. There was a mixed response from the teaching staff to our work, some completely ignored us, others were hostile, and a few supported what we were trying to do. As a group we asked for more access to Figure Drawing, and sculpting from the figure this was agreed. I remember asking if we could have a visit from Euan Uglow who, at that time, was an artist whose work interested the group. He had been a previous prize-winner in the John Moore’s painting competition and his work, was critically well received. The visit was arranged and on the morning of the planned visit I had diligently displayed all my work in my college studio space. It’s difficult now to appreciate how excited I was about meeting this painter who was a hero to me for remaining true to his own figurative ideals So I waited and waited. I was told mid-morning that he had arrived by train from London and that he was in the college canteen having a coffee. Lunchtime came and went. I waited anxiously in my studio space. I was told that Euan had now been taken to the local pub for lunch by staff who had known him when they were students in London. At about 3.30 Euan appeared in my studio space, clearly having enjoyed a long lunch. He sat down and rolled a cigarette. After a long wait I asked him what he thought of my work, after another long pause he said ‘they don’t work do they?’ I don’t remember any further conversation between us. After a few minutes one of the staff came to ferry him back to Manchester Piccadilly Station to catch his train back to London. 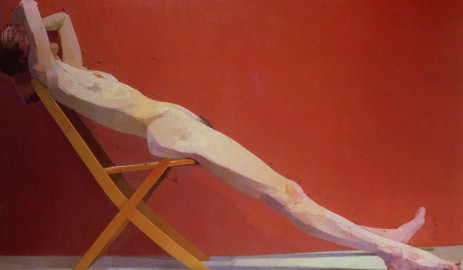